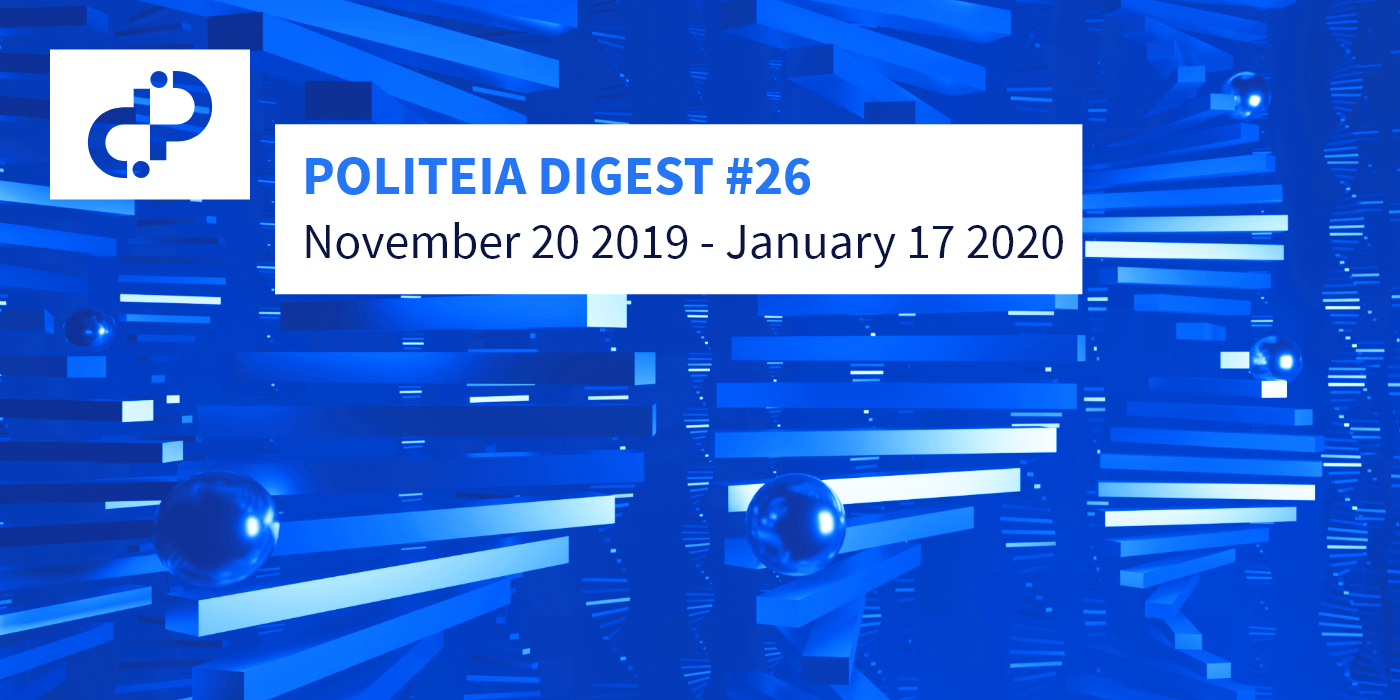 Ditto’s third proposal requested a reduced monthly amount ($17,500, 30% down from their current rate of $25,000) to continue providing the same kind of services as before. The proposal also gives an overview of the first and second phases in terms of the level of coverage achieved and other contributions. Most of the early high-scoring comments on the proposal expressed concerns about the cost and asked whether the results are worth it. Many comments express support for the efforts of the Ditto team members who have worked on Decred. The other strong theme to early comments was that generating coverage in top tier media is the most valued aspect of what Ditto have been doing. A number of comments expressed doubt about Ditto’s role in areas with a stronger community effort, as the relatively high rate they are paid at may discourage other contributors.

The proposal was edited by @liz_bagot on Jan 10 to reduce the scope of the offer, focusing on media relations and reducing the retainer to $10,000/month. As part of this reduction the Ditto team working on Decred would be cut to two members, Margaret Huang and Leslie Ankey, who would pursue top tier crypto and non crypto media, including podcasts. Since the proposal’s cost was reduced the new comments have tended to be more neutral or positive about it.

This proposal requests $3,500/month for a six month commitment, to pay for PR services provided by Lindsey McConaghy. Lindsey worked as a Decred contractor briefly in 2018 alongside some other PR contractors, and provides a link to a spreadsheet with links to articles she secured during that time. Lindsey would work on Decred independently including tasks like pitching stories to media, maintaining a PR Calendar, setting up press interviews at events and managing incoming press enquiries.

The proposed term was originally 1 year but Lindsey edited this down to 6 months in response to several comments suggesting this. Comments are generally quite neutral, with the main point being that one person working on the account is cheaper than two but likely not as effective.

Additional Media Alert: @Exitus has produced a video about the first round of 2020 Politeia proposals, focusing on the two PR proposals. Well worth a look.

This proposal requests $1,400 to produce a Decred Stickers Pack of 15 stickers (for printing or use in Telegram), one-page summary of Decred, and a website where these can be downloaded from. Popular comments point out that there are already Decred stickers available on a number of platforms and that the provided examples are slightly edited existing assets.

This proposal requests renewed funding for the Decred Open Source Research program. It requests $25,000, which is expected to cover six months of expenses. This is a $5,000 increase from the $20,000 approved in phase 2 of the Open Source Research program. The additional $5,000 is in anticipation of collaboration with other Decred contributors, who would bill hourly against the proposal. Proposed areas of research include auditing stakeholders’ privacy when participating in governance, analyzing voting patterns, on-chain analysis of block rewards to profile what constituents are doing with their DCR, and collaborating with other researchers looking at Decred’s on-chain data (e.g. @Checkmate and @permabullnino). Other ideas include analyzing Decred-related social media activity, and creating a website to showcase outputs from active Decred research projects.

Comments on the proposal are generally supportive, with noted appreciation by several commenters for previous research work related to auditing the performance of market makers hired in a previous proposal and educational resources on cryptocommons.cc. Some expressed concern around spending on research generally during the bear market, and in particular around researching other projects. In response, richard-red has added a summary of deliverables from phase 2, ordered by time billed for each component, and capped the budget that can be spent on non Decred-related research at $10,000.

This proposal requests a budget of up to $8,400 for six months of work ($1,400/month) managing the Decred Facebook account, a Facebook advertising campaign, and attending cryptocurrency events. @dezryth became a contractor in Oct 2017 and managed the project’s Facebook account as well as contributing to marketing events and content production. After a hiatus in 2019 when he stopped billing but kept the Facebook account minimally active, @dezryth would like to jump back into this role and also start a Facebook advertising campaign with $200/month to grow the account’s following. @dezryth has volunteered to publish his invoices on his website to be transparent about how much is being billed for his work on Facebook and around events. The work would be billed at $30/hour.

$30,000 for further development of TinyDecred, a set of Python tools and wallet which was adopted by stakeholders in August.

This proposal requested $650 to produce a Point of Sale app which would allow merchants to take payment in DCR at physical points of sale. The app does not take custody of funds or charge fees but it is not open source. There are plans to release it as open source and to create a version of the software which accepts multiple cryptocurrencies.

@jholdstock called out a number of disadvantages of PlusBit for merchants, including relying on a 3rd party block explorer for information about transactions, no good way to handle address linking, reliance on a form of QR encoded invoice not yet supported by Decred software, and the general issue of slow confirmation for retail transactions.

Analysis of the full month of November’s trading on markets where i2 are active indicated that there were likely some issues with the terms of the proposal being met. This analysis was shared with i2 Trading and Decred representatives in mid-December, and it was determined that it would be necessary to audit the order open/close history from i2’s exchange accounts. The analysis of public order book data was not publicised as efforts were being made to conduct a more rigorous analysis which would produce more definitive results.

Company 0 have written code to audit the order logs and check, using i2’s own data, whether the conditions described in the proposal were being met throughout the month of November. The detailed results of these audits will not be published as the data is considered sensitive by i2 Trading. Efforts are being made to set up API accounts that will allow Company 0 to retrieve the i2 trading data directly from the exchanges for future audits, increasing confidence in the data further.

One of the issues observed in the open data related to USD and USDT pairs, where it transpired that i2 were basing their targets on prices denominated in BTC (1/3/5 BTC) rather than USD ($10k/$30k/$50k). After the proposal was approved, a decrease in BTC’s USD price meant that 5 BTC was no longer equivalent to $50k, and so the amount in open orders on USD markets was lower. This resulted in very poor performance against the metrics defined in the analysis of the open order book data, as this was based on USD denominated targets. i2 have committed to switching over to the USD denominated targets in the near future.

i2 will be invoicing for less than the full fee for November. Due to onboarding issues with OKCoin, it was agreed with Decred representatives that i2 would only operate on 5 pairs, with the invoiced fee amount adjusted down accordingly.

The auditing software produced by Company 0 considers the state of i2’s open orders every minute and assesses whether the target liquidity was there at each of the layers. The BBO spread is also assessed to see if it is within the required range (0.5% for BTC pairs, 0.75% for USD). These measures are averaged for the month to give a generalized “uptime” measure, and if this percentage is lower than the target of 90% uptime i2’s billable amount will be adjusted downwards by a proportionate amount. Both i2 Trading and Company 0 are happy that this represents a fair way to gauge their performance in the market maker role.

i2’s performance according to this measure is significantly better than @richard-red’s analysis of the public order book data indicated. One of the issues identified with the public data was that it was missing i2’s orders when they were being momentarily cancelled and moved - this is not an issue when using their order open/close data. Another issue with the public data analysis was that it used the mid-point between Best Buy and Offer (BBO) to set the requirements, whereas the terms of the proposal are specified in relation to the BBO points themselves (which can have a spread of 0.5-0.75%). This meant that i2’s orders were sometimes outside the range the analysis was using to count hits and misses, whereas they were actually within the accepted range as defined in the proposal.

Content for this edition was authored by @richardred and @s_ben with fixes from @bee.

Also available on medium - and for the first time substack, for people who like their newsletters delivered via email.